3.1288058726535 year ago
Diocesan Priest diocesanpriest NCDVD Board offering a Holy Hour for all those who serve in this sacred ministry. #thinkingpriesthood https://t.co/lBkTaakiYb
2 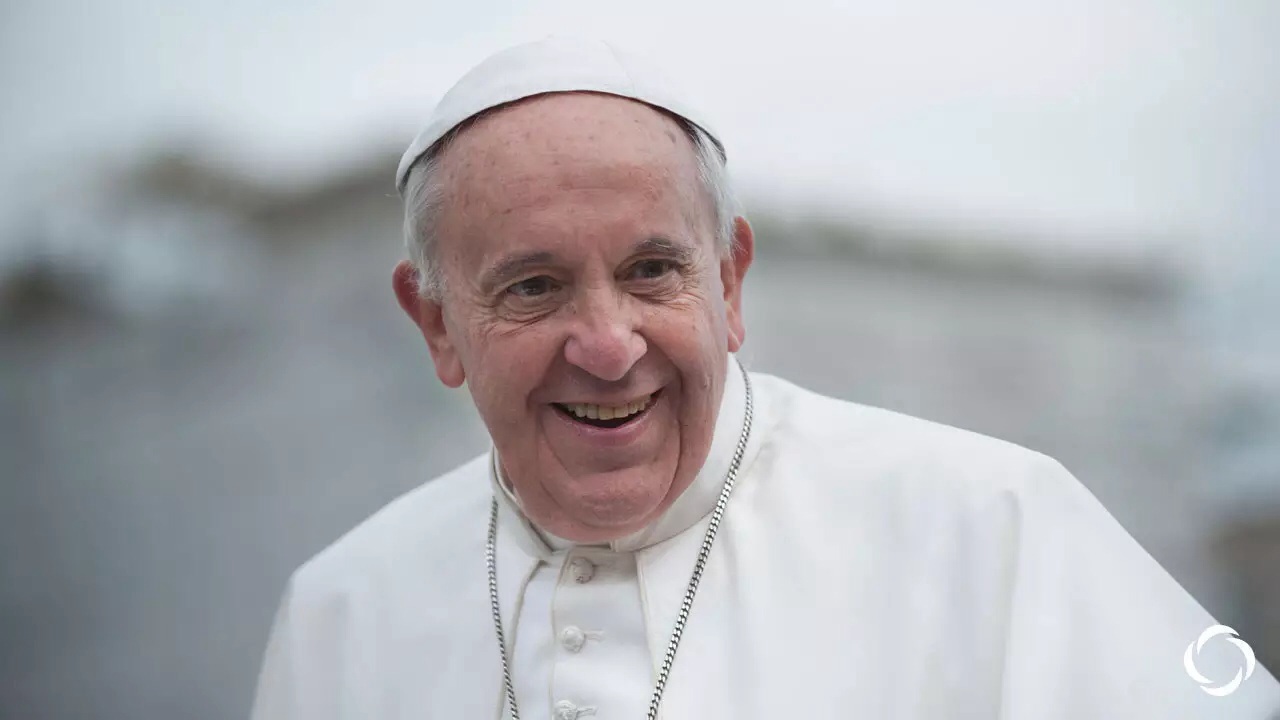 Why Do We Need a Pope? Is it Biblical?

Every company needs a President or CEO, someone to give it a guiding vision and pass that vision on to the people in the company. A good CEO points out where a company needs to improve in order to fulfill the mission given to it by the founder.

Jesus had countless souls who learned from Him but only 72 of His followers were empowered to preach and heal during His earthly ministry (prior to the crucifixion). Out of those 72, He had twelve who He worked with quite intimately. They were sent out on a very specific apostolic mission (apostle means ‘one who is sent’) after being trained by Christ, Himself. Out of those twelve, there were three that He selected to be in His closest, inner circle of friends: Peter, James, and John. These facts are all Biblically proven … you can read about them all.

Each of the three was given a special role in the Church. Peter was the “rock” on which Jesus would build His Church (Matthew 16:18-19). As every group needs a leader, someone to cast the deciding vote, so did the apostles and the bishops. Simon Peter, the fisherman, rose to the occasion. In his line are popes who become saints and popes who were less than saintly; yet every pope was given special authority by God to guide the Church for a time.

The Long Answer . . .
So, “why would Jesus entrust His Church to humans… to sinners?” one might ask.

It’s not like Jesus didn’t know that people were going to sin; He knows all — He’s God. The Church, like Jesus Christ, is both human and divine. So while the Church is divinely fueled, guided by the Holy Spirit, and perfect in her teachings, it is still composed of humans who are imperfect. Sin exists in the pews just as much as it does in the sacristies and even when people in leadership sin, that does not render God’s laws or God’s truths any less valid or truthful.

Christ knew (Simon) Peter was not perfect; yet He still chose him for an all-important task of guiding the Church on earth:

“And so I say to you (Simon), you are Peter, and upon this rock I will build my Church, and the gates of the netherworld shall not prevail against it. I will give you the keys to the kingdom of heaven. Whatever you bind on earth shall be bound in heaven; and whatever you loose on earth shall be loosed in heaven” (Matthew 16:18-19).

Jesus changes Simon’s name to Peter.
Jesus tells Peter that He is going to build His Church upon him.
Jesus promises that ‘the netherworld’ will not prevail against the Church.
Jesus gives Peter “the keys.”
Jesus gives Peter the power “to bind” and “to loose.”
Let’s deal with each one briefly, in terms that we can understand:

Jesus changes Simon’s name to Peter.
This is a big deal because only God can change a name. Why is it a big deal? Because a change in someone’s name signals a change in a person’s essence. While “rock” was used to speak about God (and even Abraham) in the Old Testament, Peter is the only person to be designated “the rock” by Christ.

When the New Testament writers were translating Jesus’ Aramaic to Koine Greek, too, they were quite intentional and careful about how to phrase this exactly, so as not to lose the proper, intended meaning (Koine is a specific dialect).

The exact wording for “rock” between the Aramaic “kepha” and the Greek “petros/petra” is something amateur Bible enthusiasts try to use against the Catholic Church, but a closer understanding of how the different languages transliterate masculine and feminine pronouns quickly dismisses supposed inconsistencies and prove, clearly, that the Catholic Church did… and does… have it’s feet firmly planted “on the rock” of truth.

Besides, if Jesus was not doing something important here and in essence setting Simon apart, why change the name?

To be clear, this designation did not mean that Peter became divine, but let’s say that it carries with it a “divine assistance”… an assistance that Jesus promises us (Matthew 28:20, John 16:7).

Jesus tells Peter that He is going to build His Church (upon Him).
While that is a pretty straightforward statement, some people believe that the first time Jesus says “rock” that He is referring to Peter, and the second time He says it, that He’s referring to Himself.

Not a bad idea but shortsighted for a lot of reasons (again, dealing with Greek translations). Besides, Peter is living in Christ and Christ in Peter, so that doesn’t really pose a problem.

People point to modern problems within the Church or a scandal as some sort of proof that Christ was talking about Himself as the Church, not a Church on Earth. Not true. Battles may be lost, but never the war. The Church will always prevail… Christ promises us that.

Jesus gives Peter “the keys.”
You know this one: when you turn sixteen, and you’re with your friends going out, who is the one in control? The one with the car keys. The person with the keys is in the driver’s seat (literally), and nothing has changed in two thousand years. The keys not only let people in, they lock people out. The keys signify power.

This action, too, is Biblical. As seen in Isaiah 22, the Prime Minister of Israel is given the keys, and with that, the power to govern God’s people on earth. What Jesus was doing was not only landmark for the future, but also rooted in the past.

Think about what it says in Luke 10:16, “Whoever listens to you listens to me. Whoever rejects you rejects me. And whoever rejects me rejects the one who sent me.”‘ The one driving is the one who steers where the car is going. The other passengers can object (reject), but they weren’t given the keys, and thus, can’t steer. None of the other apostles get the keys, nor do any of the other New Testament figures… think about it.

Jesus gives Peter the power “to bind” and “to loose.”
What does that mean? Sacramental power through Confession and Reconciliation. Ask yourself, how would Peter, the apostles, or any priest know which sins to bind or to loose if they had not heard the sins, first. And Jesus is very clear; they have authority on earth that counts in heaven.

Finally, if people say that Peter was nothing special, there are several Scriptural episodes beyond the truths laid out here to counteract such a ridiculous claim:

Peter’s name appears first in every Scriptural listing of the names of the apostles (Matthew 10:2-4, Mark 3:16-19, Luke 6:12-19, Acts 1:13). In fact, take note of how St. Matthew writes it under the Holy Spirit’s inspiration, “The names of the twelve apostles are these: first, Simon called Peter, and his brother Andrew; James, the son of Zebedee, and his brother John . . . (Matthew 10:2, emphasis added). The word “first” in Greek reads (protos) which means “the best” or “the foremost.” Words matter.
Peter was the first apostle to whom Christ appeared after His Resurrection. Luke 24:34, 1 Corinthians 15:5
Peter is singled out by the angels. Mark 16:7
Peter is the only apostle for whom Christ personally prayed (and then commissioned). Luke 22:31-32
Peter is only one given the charge as pastor to “feed the sheep.” John 21:15-17
Peter oversees the election of the apostle to take Judas Iscariot’s place. Acts 1:15-26
Peter receives the revelation to welcome Gentiles (non-Jews) into the Church. Acts 10:9-49
Peter becomes the spokesperson for the Apostles on serious matters. Mark 8:29, John 6:68-69, and Acts 2:14-41
Peter is the one who defends the Christian Church against the Jewish Sanhedrin. Acts 4 and 15
Peter is the first one to perform a miracle in Jesus’ name following the descent of the Holy Spirit at Pentecost. Acts 3:1-10
Even St. Paul, the author of half the New Testament and arguably the greatest missionary the world has ever known, shows his obedience to Peter in his letter to the Galatians (Galatians 1:18), and it’s no secret that Peter and Paul had major differences in opinion at times.

Since Peter was martyred, we have been blessed with an unbroken apostolic succession; that is why we have had a successor to the chair of Peter ever since his crucifixion in the mid-first century. Some claim that the Church, at times, had “multiple popes.” That is not true. At certain times there have been more than one person “claiming” to be the Pontiff. However, there has only been one true Pope at a time.

The Papacy is not only rooted in Scripture, it is safeguarded by Scripture’s Author: the Holy Spirit.

CCC 891-92, 100, 882
Patrick Madrid, Pope Fiction
The Staff of Catholic Answers, The Essential Catholic Survival Guide
Fr. Mario Romero, Unabridged Christianity
This blog is an excerpt from Truth be Told, available now in our store. Also, for a limited time, get this Papal motto t-shirt at 25% off! Click on the image below to see more details.