3.1288020674784 year ago
Diocesan Priest diocesanpriest NCDVD Board offering a Holy Hour for all those who serve in this sacred ministry. #thinkingpriesthood https://t.co/lBkTaakiYb
2 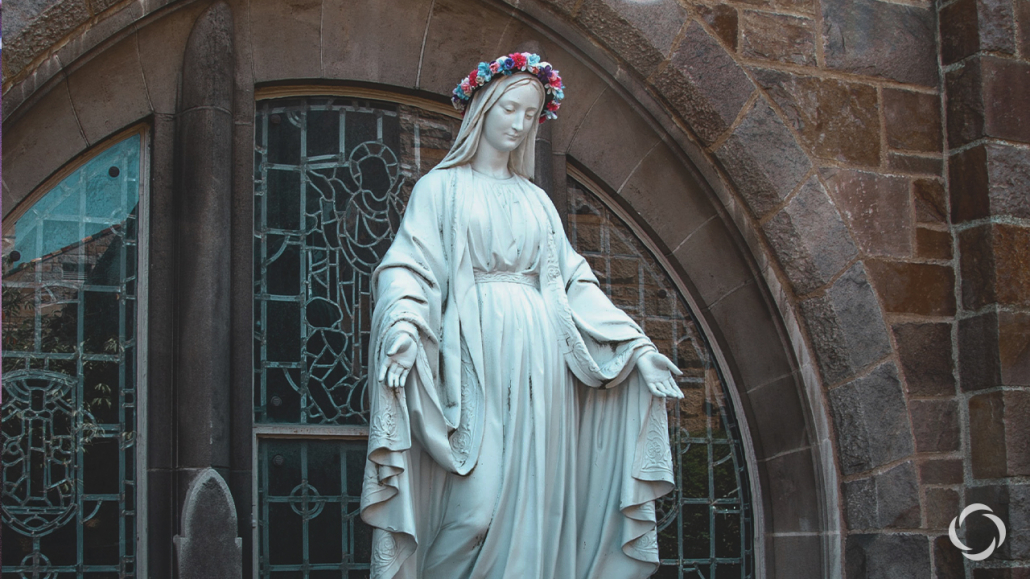 When I was in college, I found myself in a debate about Mary and her role in our faith… with another Catholic. This person insisted that it wasn’t a big deal that Mary had other kids after Jesus; after all, she and Joseph were married. Shouldn’t they have been doing the things married people do? What is the big deal if Jesus had brothers and sisters?

As we move through the year of St. Joseph and reflect on his example of faith and virtue, we are also going to, necessarily, reflect on Mary and Jesus. When we discuss the role of Joseph as a husband, many people are curious about the relationship he shared with Mary. There are people – both Catholics and non-Catholics – who don’t understand or believe in the dogma of Mary’s perpetual virginity.

Our Catholic faith, informed by tradition, reveals that Mary and Joseph were married but did not share marital intimacy. As a result, Mary remained “ever-virgin” and did not have any children after Jesus. The dogma of Mary’s perpetual virginity was declared at the ecumenical council held at Constantinople in 533 AD, confirming the understanding that the Church held for many centuries prior to the council.

A quick refresher course on doctrine vs. dogma: doctrines are all the teachings of the Church, a dogma is more narrowly focused teaching that is a divinely revealed truth that the Church has formally defined to be believed as revealed (CCC 88). To say it another way, to deny a dogma of the Church is to commit heresy immediately.

While nearly every Christian believes in the virgin-birth as a non-negotiable tenant of the faith, the dogma of Mary’s perpetual virginity is not universally shared. It’s an important dogma, though, because it has some significant implications for our faith. If you are a bit rusty on the apologetics surrounding this dogmatic belief, read on – I’ve got a brief refresher course for you.

So, What Exactly Was the Deal with Mary and Joseph?

There are a couple of different theories about the exact kind of marriage Mary and Joseph had with each other. Some people argue that the marriage between Joseph and Mary was arranged in order to protect a vow of virginity that St. Anne, Mary’s mother, made prior to her birth. Their argument supposes that Joseph was a much older man when he married Mary, was a widower with children of his own, and was married to her as a protector rather than a spouse. This belief is rooted in an ancient, non-canonical document called the “Protoevangelium of James.”

The idea is interesting and can account for Joseph and Mary’s relationship not bearing any children and the references to Jesus’ “brethren” in various scripture passages. In this case, the “brethren” would be step-brothers and step-sisters from Joseph’s previous marriage.

Various scholars have called this into question, however, as it poses a couple of problems. First, Joseph needed vigor and strength to protect his growing family as they traveled to Egypt to hide Jesus. This feat seems difficult for a man advanced in years. Additionally, we know that Joseph was alive when Jesus was 12 years old and, at that time, was making another trip for the Passover (which they did annually). It is tough to imagine Joseph as an old man when he married Mary with the energy to serve his family. I’m only in my mid-thirties, and I feel like I could take an afternoon nap every day. I don’t know that a 60-year-old man, living at a time when that was considered “very old age,” has the energy to make a trek across the Egyptian desert.

If that’s the case, then we are left with Mary and Joseph as a young couple who were likely betrothed to be Mary and had a romantic interest in each other. This is where a non-Catholic jumps in and says, “And that is exactly why they had other children!” If we are being honest, despite the dogma, we probably know a few Catholics that may question Mary’s perpetual virginity as well (maybe you’ve even wondered a bit).

There is great apologetics surrounding Mary’s perpetual virginity, written by people much more intelligent than I am.

However, I have three simple arguments worthy of conversation and stand well on their own in supporting why we firmly believe that Mary remained a virgin her entire life and had no other children. These are simple apologetics to use when a teen, parent, or even another Catholic adult asks you “what the big deal is” with Mary’s perpetual virginity.

Let’s go high theology here. Throughout the Old Testament, God gives strict instruction about the use and sanctity of holy vessels. In short, specific vessels have specific purposes and cannot be used for something else. The Ark of the Covenant, for example, was incredibly holy but was not an ordinary case. It held only sacred objects – a jar of manna, Aaron’s sprouted staff, the tablets of stone that contained the 10 Commandments (Hebrews 9:4). In addition to all of that, only certain people were allowed to be present before the Ark of the Covenant, and nobody was allowed to touch it, even to save it from falling (2 Samuel 6:6-7).

When Mary bore Jesus in her womb, she carried the God of the Universe. Mary’s womb became sanctified and holy. While every human life is precious and worthy, Mary bearing another child in her womb after Jesus’ birth would have been counter to the purpose for which God destined Mary.

These texts all mention Mary and Jesus’ “brethren.” An important note here: Depending on the translation you are using, these may read “brothers” or “brothers and sisters” rather than brethren. It’s a sloppy translation of the Greek. While the term “brethren” can be taken to mean “brothers and sisters,” that translation narrows the term and takes it out of context. “Brethren” referred to close family relationships, but not immediate family members like brothers and sisters. It was common for many families to live in a single, multi-unit, household and it is highly likely that Jesus lived in something like this in Nazareth. The close family relationships of Joseph (the likely family Jesus grew up with) would be considered “brethren.”

You may notice that this term, “brethren,” is also used in the Eucharistic prayers at Mass, “Pray, brethren, that my sacrifice and yours….” Here the context is further expanded to anyone in the family of God. Interestingly, this is precisely what Jesus does in Mark 3:31.

While the proof texts seem provocative, they aren’t as conclusive as many people want them to be. It is far more likely that Jesus’ close family relations were involved in His ministry but were not necessarily people called directly as the twelve disciples (with the exception of James).

This is Your Mother

One of the most profound moments of Jesus’ life and ministry happens as Jesus is about to die on the cross. He looks at Mary, His mother, and John, one of his disciples, and gives Mary over to John’s care and protection. It is an intimate and tender moment. It also is proof that Mary had no other children.

The religious obligation and cultural responsibility for the care of a widow fell to the firstborn son (Luke 7:11-17). If the firstborn son dies, care of the widow passes along to the next brother in the immediate family line. We know that Jesus was Mary’s firstborn son and that he cared for Mary when Joseph died. Jesus, knowing that Mary must be cared for as a widow, gives her over to John.

But there is a problem. John isn’t Jesus’ brother. In fact, there are no ambiguous passages about this at all. John is very clearly one of the sons of Zebedee called by Jesus along with Peter. So, why is Jesus giving Mary to John? He has no other siblings to care for her.

What does it matter?

OK, so after all of the apologetics, why does it matter, anyway? Is it really that big of a deal that Jesus had siblings? Doesn’t that make Him more relatable? This isn’t about Jesus siblings or Mary and Joseph’s marriage – this is about the profound place of privilege that Mary has in our faith. If Mary gives birth to Jesus but then gives birth to other kids, her role is minimized to getting Jesus into this world. Mary’s perpetual virginity, however, allows her spiritual motherhood to extend to all of us (CCC 501).

Mary remains a sign of the Church as a spiritual mother to us as Christ’s family as Jesus is her only son. (CCC 507). Mary is more than a vessel, but herself a sign to all of us. This reality should cause us to pause and re-evaluate our relationship with Mary, who invites us to become “brethren” of her only Son, Jesus, so that we may experience the grace that those in his (large) family are given.

Photo by Maria Oswalt on Unsplash

“WHERE Y’AT?!”: CONSOLATION AND DESOLATION