2.9706894342973 year ago
Diocesan Priest diocesanpriest NCDVD Board offering a Holy Hour for all those who serve in this sacred ministry. #thinkingpriesthood https://t.co/lBkTaakiYb
2 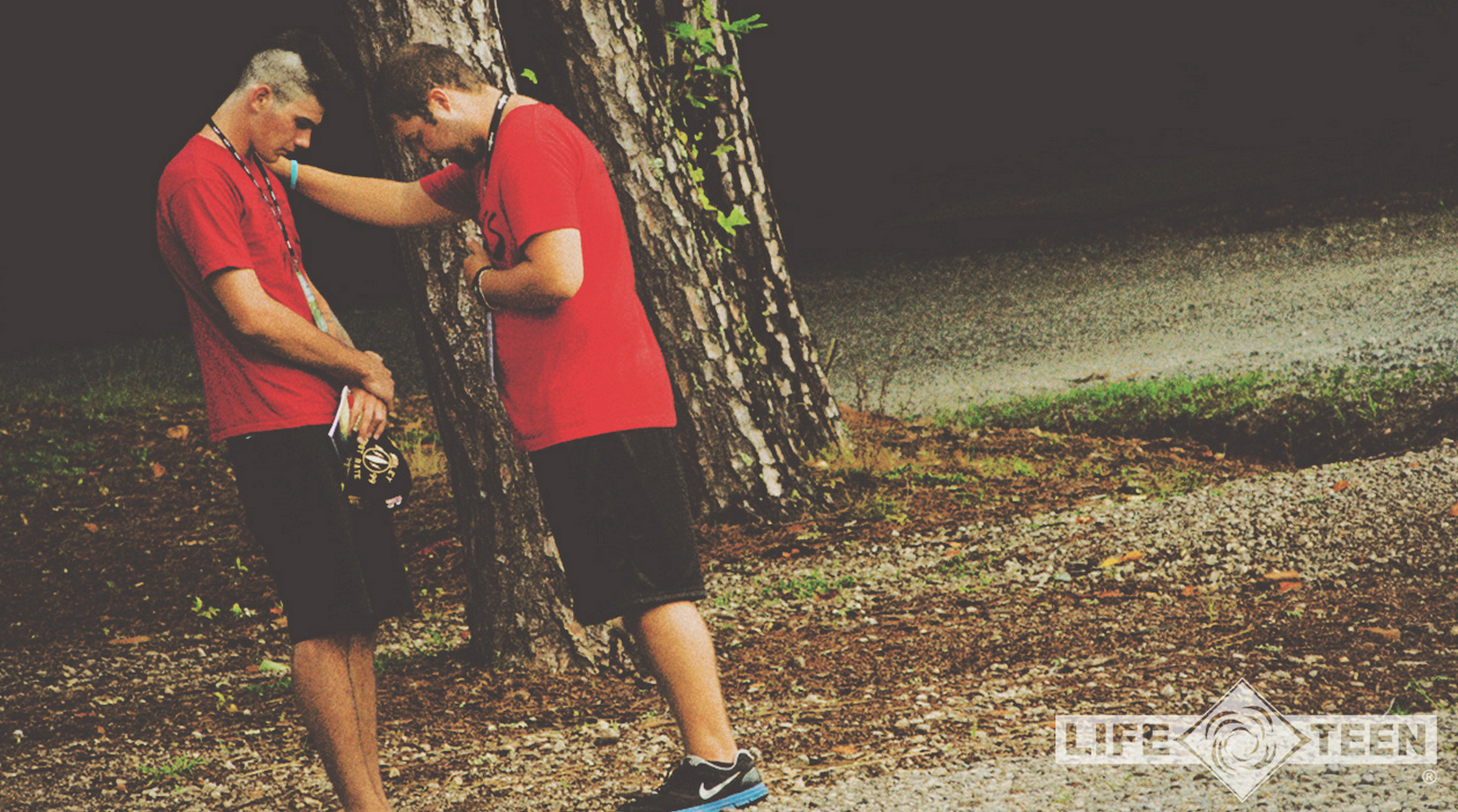 I’ve heard all these things, starting in elementary school. They didn’t stop in middle school, increased as I began to play football and joined the wrestling team, and continue to be spoken in various ways to me as a young adult. Every time I hear them I wonder, “What exactly do you mean?”

Our world has given us many examples of what they define masculinity to be – and most of them are competing and contradicting one another. What it means to “be a man” to one person may look completely different to another person. Whenever I hear another person give me a definition of what a man is supposed to look like I can’t help but think – “wow, that completely contradicts the last definition of manhood I heard today.”

What if there was a way to find authentic manhood – to realize our masculine identity and reclaim it? When we know who we are as men and what we were created to do – everything changes.

If we want to understand masculinity, we have to understand God’s original purpose for it. When God created the first man, Adam, He gave him three very important tasks: Adam needed to cultivate life in the garden, he was charged by God to help create new life, and he was the garden’s protector.

As men, we still have those three tasks to fulfill – but we don’t have an example of how to fulfill them if we look to Adam. Instead, we need to look to the one that St. Paul calls Christ the new Adam (1 Corinthians 15:45); this is Jesus Christ. Jesus restores what it means to be a man and to reclaim our identity – and we do that through cultivating, creating, and protecting.

There is a challenge, though, because as men we are presented with alternatives in our world that distort these three duties, and the battle for a true masculine identity rages between them. We must make the choice of the example we are going to follow: Do we go the path of Adam or do we follow Christ? We must make a choice between cultivating weeds or cultivating fruit; creating or destroying, and protecting or giving in to apathy.

Cultivating is the act of nurturing soil and preparing it to grow something. It is an intentional act. Adam was put into the garden to prepare the soil to bring forth life. Cultivating is a daily activity – and we cultivate our hearts by the actions we take or do not take.

Think of someone that has done something really heroic; think of the last story you heard of a person running into a burning building to save someone, stepping in front of a gunman, or rushing to the scene of an accident to perform CPR. How did those people get the courage to do something like that? The answer is simple: They practiced courage daily.

We want to believe that, when put to the test, we will choose the right thing and stand up for the weak and oppressed. We want to believe we can be heroes, but if we do not practice heroic virtue every day then we are foolish. To say that I can be a hero without ever practicing is as ridiculous as saying I can play major league baseball tomorrow. I would fail.

We cultivate virtue in our lives and it will bear fruit in the heroic actions we engage in when called upon. But we also can cultivate weeds; just like no person suddenly engages in a hugely heroic action, no person suddenly commits a big sin. A man that commits adultery doesn’t one day just decide to cheat on his wife; he commits tiny sins ahead of time – a lustful gaze, online pornography, having an emotional affair. A man doesn’t suddenly decide to commit murder; he starts by cultivating violence in his speech and in his thoughts; he begins by viewing others as inferior to himself and not worthy of his respect.

Jesus didn’t suddenly show up and give his life up for us. He served others and loved others long before He gave himself in the ultimate act of love. Jesus lived virtue every day and in every opportunity. Jesus, the Son, was rooted in prayer with the Father – He shows us that following Him is not a one time act but a daily requirement.

With every daily act of virtue – standing up against gossip, respecting others, choosing to pray – we prepare our hearts for courageous virtue when it is needed most. Or we can choose to sin – but be warned, those tiny sins can turn into big problems when we cultivate them.

Habits are important because they will bear fruit or weeds. Fruit gives life, but weeds choke it out and destroy it.

We were created to bring life into the world. One of the unique ways that many of us are called to create life is through fatherhood in marriage. We share in the act of creating human life with God – our sexuality reveals that we are made to create.

Men are creative beings – look at the way a child builds with blocks, or the way a young man writes a poem or song, look through art in a museum. We are at our best when we can be creating things that glorify God and bring life into the world.

Jesus was a carpenter – a creator. What other career could there be for the one that created the world? Jesus’ life was given to create life, not destroy it.

Some men create houses for the homeless; others create atom bombs. A tension exists in us to create, but a temptation to also destroy. When we choose to destroy we bring some of the worst evils into the world. We must respect the great gift God has given us of creativity and use it to glorify God.

Adam didn’t give Eve the fruit to eat, but his sin is worse than the serpent. Adam was apathetic to the struggle going on in front of his face. He just let it happen. Unfortunately, this same scenario plays out time and time again – men that stand idly by as the world around them goes to hell.

Jesus protected his own and, ultimately, gave everything for us. He was so set against death and sin that he gave his own life to defeat them. Jesus Christ stands in front of the devil and protects us.

The devil does not want you to become a bad person; the devil simply wants you to become apathetic. The devil does not want a generation of young men that are dictators or murders, but a generation of men that has forgotten their identity and play video games all day, drink too much in college, destroy their sexuality, and when they see evil say to themselves, “someone else will take care of that.”

Apathy is the greatest challenge of this generation of men, and we must overcome it. The time for “someone else to do it” is over. We need to step up – when we see someone’s dignity being insulted, when we see women objectified, when our friends are being hurt, and when our enemies need prayer.

We have a choice to make – who will you reflect? Will it be the fall of Adam, or the victory of Christ? You were made to be holy and to reflect true masculinity – it is by your design. Accept no substitutes for what God has given; cultivate virtue, create rather than destroy, and put apathy aside. The choice is yours.

5 Things That Happen When You Pray
Scroll to top